NSXTypeR Posts: 2,135Member
June 2017 in General Discussions
Maybe I'm being a bit of a noob, but I have a couple questions about photographing action on a D7000. I usually just use center point autofocus with the stuff I do, but I don't always shoot action so in the rare cases I do shoot action, I miss focus. I usually just set the camera on continuous AF, and give it a whirl. Sometimes I get it, sometimes I don't. Is there a setting that would optimize it a little more? I feel like continuous AF with single point AF actually isn't so great as it seems to want to rack focus and that causes me to miss shots. I did read the autofocus section in the D7000 manual and although it gives a general overview of AF overall, I feel like it doesn't let you know what AF to use in certain scenarios, such as fast action or birds in flight. There are lots of settings and variables that perhaps you members could direct me towards.

Feel free to rake me over the coals, but most of my shots are just non-action shots and I have very little practice with action.

Here's an example of what I tried to do last week. 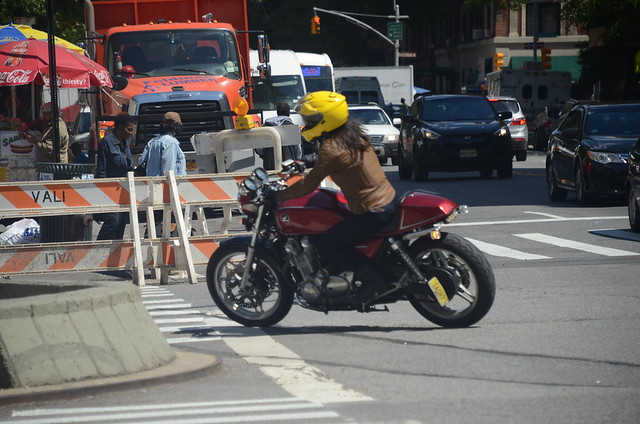 I will agree that I don't have the fastest lens, but mid afternoon sun should not need the fastest lenses available. I was not able to predict the motorcyclist's movement as I was facing the opposite direction of where she was originally turning into the corner. By the time I noticed, I only had time to flip it into continuous AF and there was too much crud leading into the corner I was only able to squeeze off a shot.