TaoTeJared Posts: 1,306Member
June 2014 edited June 2014 in Nikon 1
I scratch my head so much when I look at Nikon's pricing and offerings that I'm surprised I'm not bald yet.

These are the basics 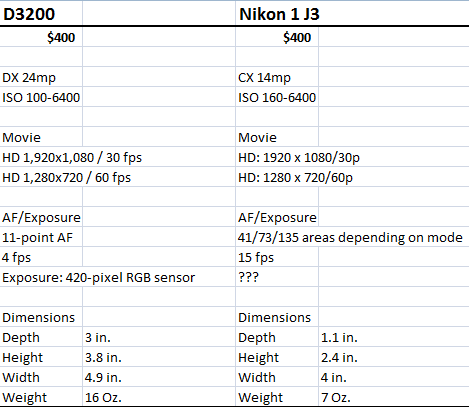 All I want to know is which YOU would Pick and the main 3 reasons why.

This should be interesting.